Better Homes and Garden Real Estate – Steinborn & Associates has built roots in our community, not only through connecting people to homes, but also through personal engagement and volunteering of our time and resources. We’ve enthusiastically supported the Bataan Memorial Death March as a way to serve local military families. And 2019 was no exception! This year’s march drew record attendance, with over 8,000 registered runners/marchers.

Every year Las Cruces has the honor of hosting the march. This challenging run welcomes both military and civilian participants to trek either a 14.2-mile trail, or a full 26.2-mile marathon route through the desert.

It has always been one of Steinborn’s priorities to support our military and our community. This special event is a great way to support troops and veterans, as proceeds go directly to Morale, Welfare, and Recreation (MWR) benefits.

The memorial march requires incredible endurance and determination and serves to remind us of its namesake: The Bataan Death March that took place on the Bataan Peninsula (in the Philippines). Four months after the bombing of Pearl Harbor, the U.S. surrendered a battered base and thousands of U.S. and Filipino troops to the Japanese.

The surrendered prisoners of war (POWs) were forced to march 65 miles through rough terrain, starvation, and cruel treatment from their captors. Ten thousand men died along the march, and many more perished at the confinement camps where the march ended.

This incredible loss hits close to home in New Mexico, as many of the soldiers on the march were from the New Mexico National Guard. This year the memorial march was honored to host five survivors of the Battle of Bataan and the Death March: Harold Bergbower, James Bollich, Valdemar DeHerrera, Paul Kerchum, and Ben Skardon.

To honor the sacrifice of the original marchers, as well as the courage of our veterans and current service members, the Steinborn Volunteer Committee asked our team for 15 volunteers to serve at the 2019 Bataan Memorial Death March on March 17.

Steinborn’s community involvement has always been about real people who care and want to serve our area. We were thrilled to see the volunteer positions fill quickly as REALTORS, managers, and staff stepped up with a unified passion.

The Steinborn team worked with the community to serve thousands of participants. Each volunteer spent a long, rewarding day at the march. Our team served in four key areas: Registering runners and assembling their bags, manning water stations, distributing awards, and assisting marchers who didn’t finish the course.

At Better Homes and Garden Real Estate – Steinborn & Associates, our team doesn’t just care about real estate, we care deeply about the people in our community and in our military. Our community involvement stems from a tradition started by David Steinborn in 1969.

David loved our community, and we follow in his footsteps by continually seeking ways to add value to the lives of the people living and working around us. When you choose to buy or sell with Steinborn, you’ll work with dedicated agents and brokers who really understand Las Cruces and the surrounding areas.

We’re just as passionate about making our community a great place to live as you are. And we strive to make the process of buying a home in Las Cruces as simple and pleasant as possible, with the most extensive online listings in the area. 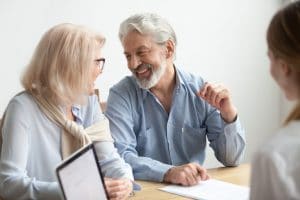 3 Reasons You Should Retire in Las Cruces

Retirement is the time of life when you get to enjoy the rewards of your years of hard work. You’ve put in the effort, and Making the Holidays Merry with Events in Las Cruces

Get Shopping If you’re looking for just the right thing for all those loved ones on your list, here are a few events that you Smart Homeowners Stay on Top of Their Insurance Policies

WHAT RENTERS NEED TO KNOW